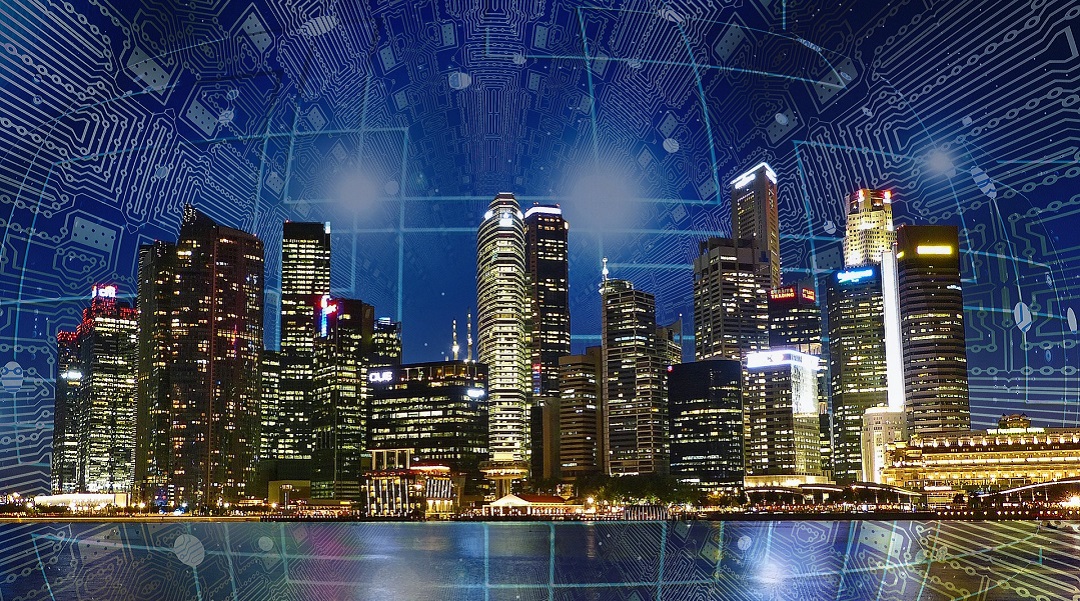 Not familiar with the “Internet of Things” (IoT)? Well, it’s familiar with you. IoT refers to everyday physical objects that are embedded with internet connectivity. Think: Google Home and Amazon’s Alexa. But there’s more to the tech than just personal assistance.

Cities around the world are implementing IoT into their infrastructures to address systemic problems and make life much easier in ways most of us probably take for granted. From reducing our collective carbon footprint to monitoring air quality, IoT can do so much more than just tell you what the weather is before you leave the house.

Below you will find some great examples of how innovations in IoT are changing cities for the better.

Stargazers rejoice! To help reduce light pollution, cities are starting to implement smart streetlights that automatically adjust light levels depending on the time of day and traffic and road conditions. A handful of states in the U.S. — like California, Georgia, and Michigan — already have them.

In the near future, smart streetlights could even be used to improve emergency services and prevent crime, according to Intel.

Traffic isn’t just annoying to sit in, it’s also expensive. One estimate suggests that traffic congestion cost the average U.S. driver $564 in wasted time in 2021, according to Inrix. That’s one of the reasons why more and more companies are combating the issue by inventing smart materials that can be added to roads to make them safer and more efficient.

Smart Pavement from Integrated Roadways, for example, is concrete with embedded sensors that detect accidents and roadway conditions as people drive in real time. The information and feedback is then shared with other drivers, central processing hubs, and emergency services.

Technologies like Smart Pavement can quite literally save lives by notifying first responders as soon as an accident occurs. In the U.S., you can find these smart roads in Colorado and Kansas.

The U.S. government is coming up with new ways to utilize energy more efficiently and help consumers track and manage their household energy use. You may have heard of “smart grids,” which use communication technologies and control systems to help prevent and mitigate power outages. They also give consumers greater access to their data, empowering them to make more informed decisions about how they consume energy on an individual level.

The U.K. is making similar efforts with the widespread adoption of smart energy meters. These smart meters provide a more accurate analysis of people’s energy use, down to each specific appliance.

This makes it easier for people to monitor and manage their energy usage (and hopefully cut down on their electric bills). According to Forbes, they’re expected to be seen in every home and small business in the U.K. by June 2025. If you live in the U.S., you might already have one — The Edison Foundation shows that they’re already implemented into 75% of households as of 2021.

IoT technology is also being used to keep our cities clean.

In 2019, San Francisco implemented smart trash cans throughout the city with sensors that detect when they’re near-full and automatically notify trash collection agencies. Not only has this helped keep garbage off the streets, but it also potentially reduces carbon emissions by streamlining trash collection.

To combat air pollution, cities are using IoT tech to gather data and gauge residents’ levels of exposure. With this data, cities can better identify areas with poor air quality, assess the relationship between pollutants and diseases, and potentially encourage officials to take action.

In parts of Chicago and Barcelona, for example, lampposts and park benches contain air sensors that are used to track air quality and identify pollutants, Harvard reports. There are also mobile sensors that attach to Google’s Street View cars and quickly scan air quality as they drive around cities.

By Jacob Johnson
First published on 15 February 2022
From Codecademy: https://www.codecademy.com/resources/blog/5-ways-smart-tech-is-improving-cities/