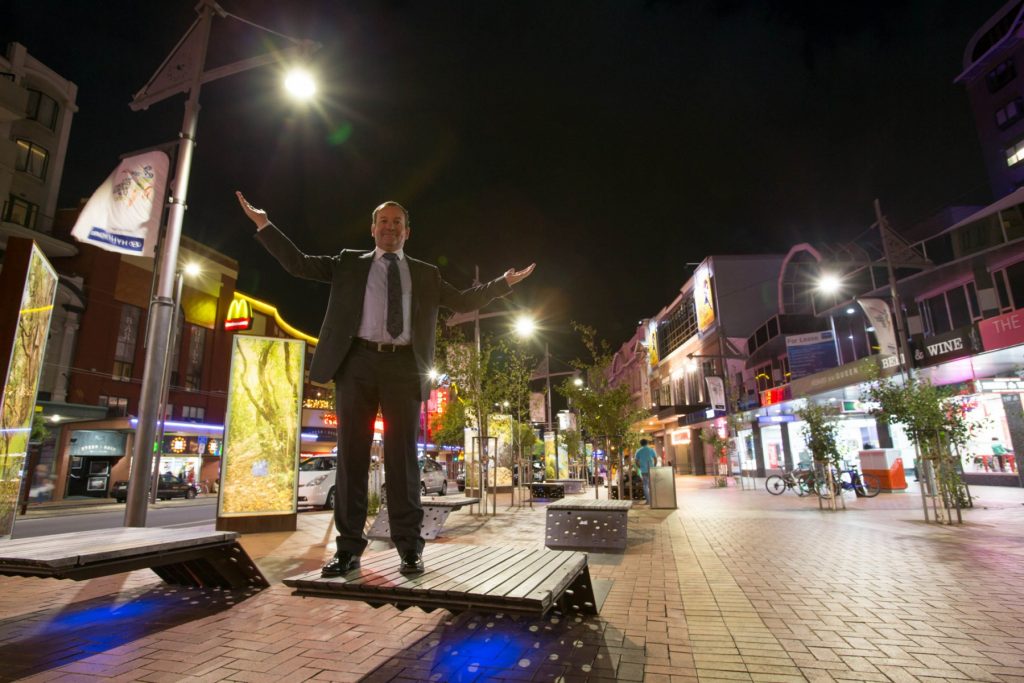 Lux Review has previously reported that Wellington might be the next city to make the switch to ‘smart’ lighting. Having spoken to Wellington City Council’s leader of strategic planning, Paul Glennie, we can now confirm that the council is testing an infrared system which lights up when vehicles or people approach.

“At the moment we're getting a free network with the lighting, but the lighting may become peripheral to the network usage – in the future we may be getting free lighting with our network.”

We’re currently working on a trial with Telematics, the Israeli CMS company, and we’re trialling the Canadian made LED Roadway Luminaires and an infrared system from The Netherlands-based Tvilight. This this is a passive IR system so the LEDs are on constantly, lighting up when vehicles, cyclists and people are present but dropping to 20 per cent of power when not in use.