With the help of Tvilight intelligent lighting networks, Schiedam is getting closer to being a Smart City

Tvilight intelligent street lighting solutions employ an advanced sensor technology to deliver dynamic, adaptive light. CitySense, the wireless sensor lighting controller developed by Tvilight, makes the street lights adjust their brightness according to the human presence. As a result, the lamps brighten up when the sensors detect a pedestrian, a cyclist or a car. When the streets are empty, the lamps automatically dim down—this effect is known as the “light on demand.”

The Vlaardingendijk and the Burgemeester Knappertlaan jointly stretch for more than two kilometers and connect the city’s central part with the rest of the districts. The CitySense units have been installed for the whole length of these two streets. This is not the first time the Tvilight intelligent lighting solutions appear in Schiedam—since 2014, Tvilight controllers have also been operating in the Poldervaartpad.

“The Municipality has been paying its utmost attention to the aspect of sustainability in all of the city projects. When we needed to renew the lighting on one of the most important streets in the city, we chose the intelligent street lighting. It allows us to save energy and increase public safety”

Public lighting accounts for up to 60% of the total electricity bill paid by the European municipalities. In this regard, intelligent street lighting offers significant opportunities—in some cases, delivering the energy savings of up to 70%ⁱ. This factor, combined with other benefits, makes intelligent lighting increasingly popular in the Netherlands and other EU countries. Furthermore, the deployment of intelligent street lighting typically signals the city’s readiness to become a Smart City. In the future, the intelligent lighting networks delivered by Tvilight can be strengthened with a variety of additional sensor applications, e.g. for traffic management or environmental control. 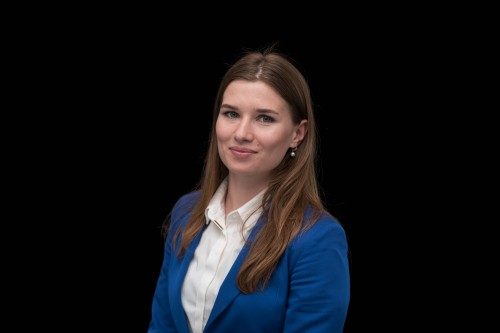 Tvilight is a European market leader specialized in sensors, wireless lighting controllers, and connected light management solutions for outdoor applications. Our products create an independent open network that allows integrating a multitude of third-party applications and thus constitute a reliable, future-proof base for Smart Cities and the Internet of Things. The company has an installed base of more than 250 projects globally and has deployed thousands of intelligent connected devices in iconic cities and critical infrastructure around the world. Tvilight’s international projects include Amsterdam Airport Schiphol, Dutch Railways, Port of Moerdijk, Seoul, Beijing, as well as some of the biggest German cities such as Düren, Münster, Cologne, Dortmund, and Berlin.