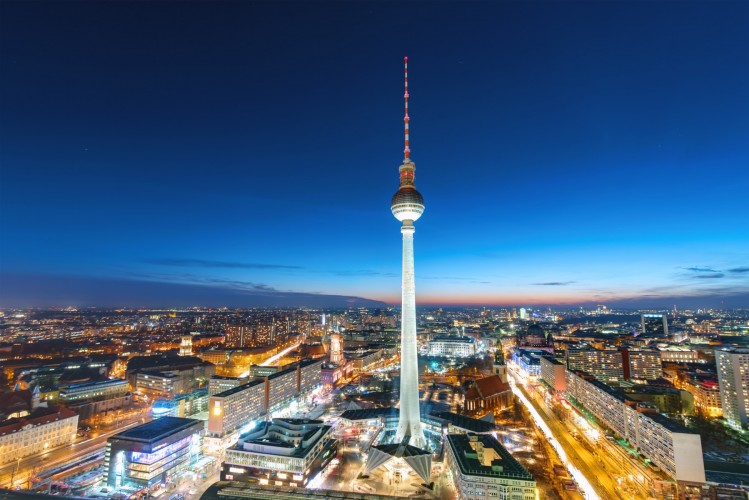 The innovative street lighting solution delivers adaptive “light on demand”, making the streetlights adjust their brightness based on real-time human presence, while enhancing public safety and comfort of the local Berliners. Intelligent lighting minimizes the energy waste and lowers the light pollution that would otherwise inevitably occur when streetlights burn at full capacity throughout the night with no one in their immediate surroundings.

“We put Berlin on the global Smart City map”

The innovative street lighting approach was praised by Mr. Christian Gaebler, Permanent Secretary at Berlin’s Senate Department for Urban Development and the Environment.

According to Mr. Gaebler: “Previously, the users were continuously dissatisfied with the state of the area, which led to the realization of the Bundesplatz street lighting project. It is particularly pleasing that, for the first time, we are testing a technical innovation that hasn’t existed anywhere in Berlin before.

In the last thirty years, a lot has happened in street lighting [in Berlin]. We have already deployed 5,500 LED street lights and will be deploying 2,500 more this year. People have been reacting positively to this. In a few years, adaptive street lighting will become a standard. We’ve just made a first step in this direction.”

The adoption of the first sensor street lighting network came as a major breakthrough in Berlin’s continuous street lighting renovation efforts. With a population of over 3,5 million, Berlin can benefit from major energy savings while at the same time improving citizen safety and lifestyle. New LEDs in combination with sensor lighting controllers will enable the city to save up to 80% of the energy normally spent on the street lighting and slash the lighting infrastructure maintenance costs at least by half. The intelligent street lighting network is managed remotely via Tvilight CityManager software, which allows controlling the street lights on individual and group level, while delivering a host of valuable analytics and data, such as energy savings reports, failure notifications, traffic heatmaps, and more.

“We put Berlin on the global Smart City map.”

Heide Jeuken, Chief Commercial Officer at Tvilight, commented: “We put Berlin on the global Smart City map. We are excited to be actively deploying the Tvilight solution in this iconic capital, together with our partner TRILUX. Intelligent street lighting technology is gaining momentum in Europe, as more and more towns, cities, and industries recognize the advantages of remotely-controlled intelligent lighting networks. With several ongoing projects in the region, we are proud to support Germany with achieving its ambitious targets on climate change and its vision for the adoption of Smart Cities and the Internet of Things.”

Tvilight is a European market leader specialized in sensors, wireless lighting controllers, and connected light management solutions for outdoor applications. Our products create an independent open network that allows integrating a multitude of third-party applications and thus constitute a reliable, future-proof base for Smart Cities and the Internet of Things. The company has an installed base of more than 250 projects globally and has deployed thousands of intelligent connected devices in iconic cities and critical infrastructure around the world. Tvilight’s international projects include Amsterdam Airport Schiphol, Dutch Railways, Port of Moerdijk, Seoul, Beijing, as well as some of the biggest German cities such as Düren, Münster, Cologne, Dortmund, and Berlin.